November 25, 2015 Posted in News by casinoraters • No Comments

Within the Eastern Block Romania ranks as one of the leading online casino markets. For years it has championed the cause for the industry and has worked as an inspiration to other Eastern European nations that have considered opening its doors to foreign operators. While their commitment to the industry has almost been unrivalled, it seems that in the wake of Malta corruption scandal, the country has begun to revaluate how it operates when it comes to online casino licensing. It has started to clamp down on operators that it sees to be flouting the rules. In the midst of this brand new approach it seems that two major names in Bwin.Party and Bet365 have been caught in the crossfire.

In what should be an exciting time for Bwin.Party, the online casino can’t seem to escape controversy. As a takeover draws near, the company is seemingly encountering some financial troubles when it comes to taxes. Romania may not be considered the biggest market for Bwin.Party, but it does represent the casinos gateway into Eastern Europe. The problem is that within such market Bwin.Party has been neglecting its taxes. They owed €8 million and in spite of now paying what’s owed and receiving provisional approval for a Romanian online gaming licence, the online casino has now found itself blacklisted for operations in the country.

Being banned within Romania may not create extreme issues for the company, but it does bring its value as a company into question. Not only that, it takes away an arm of revenue from Bwin.Party. The reason for the ban relates to the fact that company was still taking wagers in spite of the large overdue tax bill that the company faced. Authorities stepped in and now Bwin.Party finds itself outlawed. In response the company is readying a legal appeal, but that brings with it some major problems. They will need to convince the Romanian authorities to remove them from the blacklist, but that is much easier said than done and will more than likely be a lengthy process. 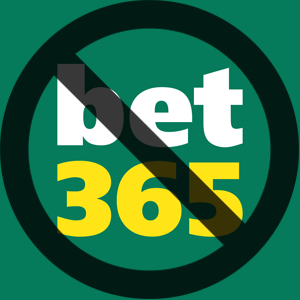 Adding to the clampdown is the news that Romanian authorities have also now blacklisted Bet365. Largely considered to be the biggest online casino in the world right now, Bet365 were even granted a new temporary online casino license before the operations ban was put in place. By all accounts the ban has come about through a similar fashion to Bwin.Party’s ban, as it seems that Bet365 had notable outstanding back taxes. Clocking in at €30 million, Romanian authorities issued a warning to players, stating that they should remove their funds from Bet365 accounts before the operation is shut down in the country.

Speaking on the ban, a Bet365 statement read that the company was “saddened and disappointed” by the actions of Romanian gambling authorities. Much like Bwin.Party, Bet365 feel that they have acted within the country’s laws at all times, sticking to all European and Romanian regulatory and legal requirements. Given the statement it is evident that Bet365 is looking to appeal the decision.

If any developer produces games that are truly worth waiting for, it is NetEnt. Cosmic Fortune is the latest game from the company and it is one that is worth...

Given the quality of the games that NetEnt create, we aren’t like any other reviewer when we say that we are always happy to see a new NetEnt title released....

Should you want to play an online slots game that focuses on space and the unknown then you really won’t have to travel far. The sheer number available shows that...

In the past few years it seems that Vampire’s have come back into fashion. Through films like Twilight it seems people have a renewed interest in this classic film character...