ICE 2016 promises to be a truly dramatic affair

December 2, 2015 Posted in News by casinoraters • No Comments

Next time you stop to list the leading online casino industry expos in Europe, you should definitely spare a thought for ICE 2016. If one thing is for sure, ICE is an event that rarely ever disappoints, as year on year it delivers an entertaining and educational affair. From the looks of things ICE 2016 has all the makings of a truly classic expo, with the new video trailer and website giving the event an exclusive and dramatic twist. Thousands of people from far and wide will be travelling to London in the spring to visit ICE 2016 and when you take the marketing into consideration it becomes easy to see why.

A Trailer to Remember

Video trailers have become a key marketing and promotional tool for those within the industry, but few through that it would ever be used to promote an expo. This is exactly what has been done when it comes to marketing ICE 2016. All set to take place at the glamorous ExCel Centre in London between February 2nd and February 4th, the event will certainly take London by storm. The trailer is glossy in every sense of the word and was produced with the aid of leading creative studio Cinebop. Cinebop seemingly came to attention of ICE heads by winning the Association of Exhibition Organisers Innovation Award at ICE 2015 for their production efforts. What the trailer entails is the creation of a city dubbed the “Gaming Technopolis”, the video invites players in to become a Citizens of Gaming. Highlighting the events that will occur at ICE 2016, it seems that upwards of 100 reps from just as many nations are set to attend should the trailer to be believed. 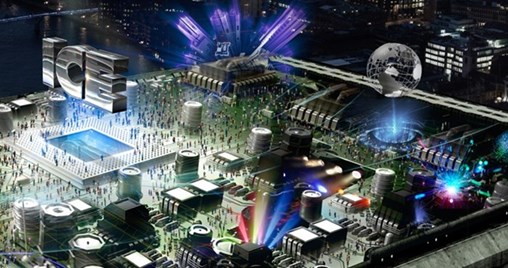 ICE 2016 is looking to be the most spectacular event yet

Those within the industry have lauded the introduction of the trailer as a wonderful choice of marketing tool, as it has worked to drum up plenty of ICE 2016 interest on online casino forums. Speaking on its implementation Director of Responsibility for ICE Marketing Jo Mayer said, “It makes sense to use video marketing as a promotional tool, given the prominence of viral videos in today’s society”. Mayer also spoke on the success of the project by saying, “Given how many times it has been viewed, we feel that it could be the most successful ICE marketing tool we have ever produced”.

What has made ICE such a successful event in the past is the expo’s ability to adapt to the ever changing dynamic of the field. Mayer said that the new event takes on a “Pop-up gaming city like structure”, because it showcases “an area in which ideas are acted upon and the future is not only accepted, but embraced”. From what has been said it looks like ICE has been on a journey throughout the years and ICE 2016 will be the culmination of it.

As always, ICE is an event that has some mystique surrounding it, with ICE 2016 being no different. Names attending are all set to unveil some brand new projects, many of which haven’t been seen by anyone before. Casino people are a brimming with excitement, so keep your eyes peeled for ICE 2016 in February for what is sure to be the leading expo of the season.

If any developer produces games that are truly worth waiting for, it is NetEnt. Cosmic Fortune is the latest game from the company and it is one that is worth...

Given the quality of the games that NetEnt create, we aren’t like any other reviewer when we say that we are always happy to see a new NetEnt title released....

Should you want to play an online slots game that focuses on space and the unknown then you really won’t have to travel far. The sheer number available shows that...

In the past few years it seems that Vampire’s have come back into fashion. Through films like Twilight it seems people have a renewed interest in this classic film character...